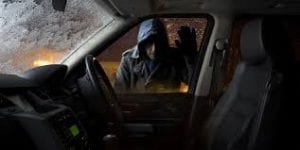 On Tuesday, October 1, 2019, during the early morning hours, Fairview Heights Police were dispatched to the South Bountiful neighborhood of the city for multiple car burglaries and a stolen vehicle.

When officers arrived, they found approximately 15 vehicles had been entered along with one car stolen from the owner’s driveway. All of the vehicles had one thing in common, they were all left unlocked, and the stolen vehicle had the keys left inside. Some of the stolen items consisted of loose change, cell phone, purses, cash, prescription medication, sunglasses, and a small-caliber rifle.

Detectives have been able to link several juvenile suspects to the Fairview Heights break-ins and have also discovered that the group may be responsible for the same types of crimes in other venues. Further details will be forthcoming as the investigation continues.

Police urge everyone to lock their vehicles at all times and to either remove valuables or place them out of sight. Last month several cars were burglarized along with one vehicle stolen, in the Ashland Meadows subdivision, which were all left unlocked. Thieves were able to obtain the keys for the stolen vehicle from another unsecured vehicle at the same residence.

Also, if you leave your vehicle, equipped with a garage door opener or remote unlocked, you will provide a would-be thief with easy access to your home.