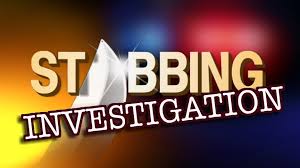 On Wednesday, March 17, 2021, at 6:45 a.m., officers were called to the Metro Link station on St. Clair Ave. to investigate a male who had been stabbed in the neck.  The victim, a 42-year-old St. Louis man was walking and talking when police arrived.  The man reported that the incident happened while staying in a cabin at the French Village Motel, however it is unknown what exactly occurred.  He was transported to a Belleville hospital for treatment and then transferred to a St. Louis area hospital by ambulance.  His injuries do not appear to be life-threatening.

This is an ongoing investigation, information will be released when more details are available.