On Tuesday, June 22, 2021, at 1 pm, it was reported to the Fairview Heights Police Department that a male employee at Lynn Nails, 4600 block of North Illinois, Fairview Heights had touched a customer inappropriately during a visit on June 20th.  The female victim, who is confined to a wheelchair with little to no feeling in her feet, reported that while she was receiving a pedicure, the male employee exposed himself and used her foot to sexually gratify himself.  She described the male and produced video evidence of the sex act, which the suspect believed was being shielded from view by a table he used during the nail procedure.

After receiving the information from the victim, officers responded to the business where they were able to take the suspect into custody. 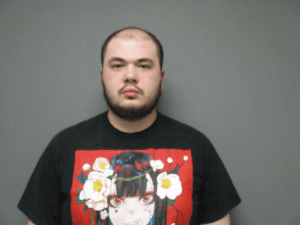