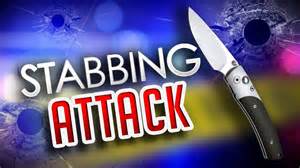 On Wednesday, April 15, 2020, at approximately 7:45 a.m., officers were dispatched to the 200 block of Brittany Drive for a mother chasing her daughter down the street with a knife.

When officers arrived, they quickly took the mother into custody and began to search for the 20-year old daughter, who had sought refuge at a neighbor’s home.   The victim was found to have lacerations on both arms and a stab wound to her back.  She was taken to an area hospital for treatment of non-life-threatening injuries.

Officers also learned the family’s dog had been stabbed during the incident.  Animal control took custody of the dog, which was taken to an animal hospital for treatment.  Police later learned that the family pet would survive the wounds.

During the course of the investigation, it was discovered that the 52-year old mother had suffered from a mental health crisis, stemming from her not taking her prescribed medication.  She was taken to an area hospital for mental health treatment.

The name of the suspect has been withheld, pending formal charges.