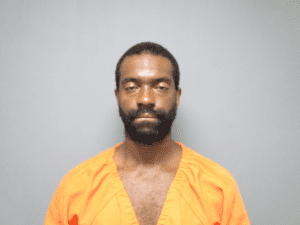 On Thursday, 09/16/2021, at approximately 9:30pm, Fairview Heights Police Officers were dispatched to an Armed Robbery that had just occurred at Circle K, 10070 Bunkum Road.  A suspect had entered the gas station, brandished a gun at the clerk, and demanded the contents of the cash register.  The suspect took currency from the register and fled the store in a vehicle.

FHPD Officers were able to quickly identify the vehicle that the suspect used in the robbery.  On Friday, 09/17/2021, FHPD Detectives located the vehicle and subsequently made contact with the vehicle’s owner.  While speaking to the owner of the vehicle it was determined that the suspect was still inside of the vehicle owner’s home.  Detectives, with the assistance of the St. Clair County Sheriff’s Department were able to safely take the suspect into custody.  The weapon suspected of being used during the Armed Robbery was also seized.  The suspect was identified as Jerry D Pirtle, a 31 year old male from the 500 block of N 45’th St, East St. Louis, IL.