On 08/10/2021 at approximately 6:50 pm FHPD officers located a stolen pickup truck on the parking lot of Walgreens, 6505 N Illinois St, Fairview Heights.  Officers were aware that the vehicle had been involved in several recent crimes in the area.  When Officers attempted to take the driver into custody, he placed the truck in reverse and rammed a squad car nearly striking officers before driving across the ditch. The suspect fled north on N. Illinois at a high rate of speed, ignoring multiple red lights before temporarily making his escape.  Although there was damage done to property, thankfully no officers or citizens were injured during this suspect’s reckless escape from the officers.

In the morning of 08/11/2021 a resident located the stolen truck parked in a wooded area on their property near Pleasant Ridge Park in Fairview Heights.  Later in the day, another resident notified the Fairview Heights Police when they spotted a suspicious person emerge from the woods in the same neighborhood.

That resident acted quickly and notified the FHPD who responded to the area.  After a brief foot pursuit into the woods with Medley he was safely apprehended by the officers.  Medley was interviewed and connected to numerous crimes in the Metro East recently.

With the support of MEATTF and local residents, the FHPD was able to apprehend the suspect quickly and bring this matter to a close. The FHPD will always aggressively pursue charges against individuals that threaten the safety of our officers or the public by their actions. 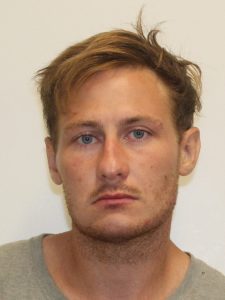