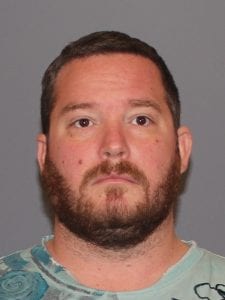 A former Fairview Heights resident, Michael L. Lindsey (W/M, 36 years of age) plead guilty this week to aggravated criminal sexual abuse.  The plea stems from a 2018 case, where Lindsey was charged with two felony-counts of sexually abusing a child under the age of 13.  Lindsey was a family friend to the child’s parents and formerly lived in the 9300 block of Bunkum Road, Fairview Heights.

The abuse was reported to have started in 2007 when the child was 11, and continued for several years.  Since then, Lindsey moved to Oklahoma, where he was an auxiliary police officer and an EMT.  The victim and family also moved out of state, but kept in contact with Lindsey, often visiting each other where more abuse took place.  When the victim’s parents realized what had happened they made police reports, which led to Lindsey’s arrest.

Lindsey has been in custody at the St. Clair County Jail since his January 2019 arrest, with a sentencing hearing scheduled at a later time.