Fight Between Roommates Ends with Stabbing

On Friday, April 30, 2021, at 7:30 p.m., officers responded to a house on Potomac Drive for a physical altercation between two males.  When officers arrived, they found that one of the males had been stabbed and witnesses were applying pressure to the stab wound in the upper chest area.  The victim, a 39-year-old Fairview Heights man was taken by ambulance to a Belleville area hospital, and later transferred to a St. Louis hospital for life-threatening injuries.

The suspect, a household member of the victim, was found inside the residence and taken into custody.  Police later learned the two men were fighting over domestic issues and alcohol made have played a role in the argument. 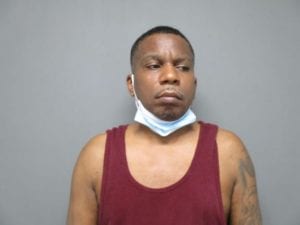 Underwood remains in custody at the St. Clair County Jail with a $65,000 bond.