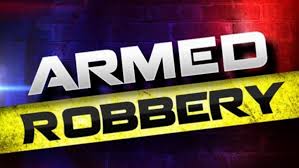 On Tuesday, August 6, 2019, at approximately 7:30 p.m., officers were dispatched to the area of Market Place, behind the DSW shoe store to investigate an armed robbery, which had just occurred.

When officers arrived, they learned three males had been walking near the department store, formerly Toys R Us when they were approached by a white car with tinted windows. The occupants of the vehicle asked the males a question and then pointed a gun at them. The suspects took a small amount of cash, cell phone, and shoes from the victims. The suspects then drove from the scene toward Ruby Lane.

Shortly after officers arrived to investigate, an officer at the St. Clair 10 Cinema on Ludwig Drive noticed a vehicle fitting the description on the parking lot, where he also noticed subjects fitting the description of the suspects walking near the vehicle.  The occupants entered the vehicle and traveled east on Ludwig Drive.  Officers were able to stop the car on Fountains Parkway at IL Rt 159, where the occupants were secured.

The victims later positively identified the suspects and vehicle. In total, police took all five occupants into custody and recovered property of the victims along with what appeared to be two handguns, but later determined to be BB guns.  The occupants of the suspect vehicle were three males, two females, and a toddler, who was taken into protective custody.

At the completion of the investigation, the three male suspects remain in custody pending charges for the armed robbery. The females were released without charges. The case will be presented to the St. Clair County State’s Attorney.