The Last Suspect in a 2019 Armed Robbery Charged

On Sunday, February 17, 2019, at just before 8 a.m., officers responded to a robbery that had just occurred at the Trailway Motel, 10039 Lincoln Trail.  While responding, officers learned the suspects had fled the area westbound on St. Clair Avenue and were provided with the vehicle description.

The victim reported that he had spent the night at the motel with a female co-worker.  When he awoke that morning, the female was gone, but later returned to the room with two males, the victim did not know.  One of the males displayed a handgun and demanded drugs and the victim’s belongings.  The two male suspects and the female fled the room in the female’s vehicle.

Officers quickly located the car on St. Clair Avenue at IL Rt 157, where the occupants refused to stop for police.  Officers pursued the suspects until they ran on foot from the vehicle in an East St. Louis neighborhood.  Officers were able to apprehend one of the male suspects, who was later charged with armed robbery and robbery for his participation in the incident; he is currently in custody at the St. Clair County Jail awaiting trial.

The female was also charged following the incident and is currently serving a probation term for her part in the robbery.

The third suspect charged, who was alleged to have possessed the firearm during the incident, is identified as: 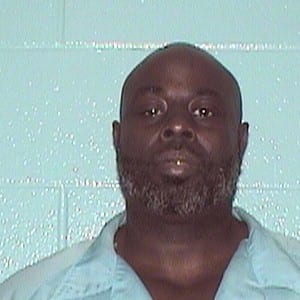 Good is currently serving a sentence in the Illinois Department of Corrections for other unrelated felonies and will be presented with his new charges while he is incarcerated.  His bond is set at $125,000.

No injuries were reported during the initial incident.

*All suspects are considered innocent until proven guilty in a court of law.