On Wednesday, December 7, 2022, at approximately 8:00 a.m., Fairview Heights Police Officers were dispatched to 317 Salem Place, Fairview Heights, to investigate a possible abduction at gunpoint.  Officers were provided with a vehicle description, which was a white, Dodge Charger, with Missouri license plates.

Officers arrived to find a vehicle fitting the description parked on the parking lot with a male driver and female in the passenger seat.  When officers approached the car, the male began to pull forward, throwing a handgun, out of the driver’s side window, and into a grassy area.  The vehicle came to a stop on the parking lot, which allowed the officers to take the male into custody.  The male was later identified as: 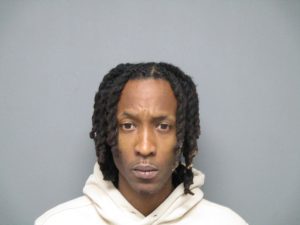 The female victim was found unharmed and helped from the scene by police.

Through the course of the investigation, officers learned the victim and Smith had been in a relationship and the incident started in St. Charles, MO.  She was able to communicate with a family member by text which led the family member to our city and prompted the call to police.

Today, December 8, 2022, the case was presented to the St. Clair County State’s Attorney, James Gomric’s office.  A warrant was issued, charging Smith with the following offenses: