Recently, the Fairview Heights Police Department launched an investigation into the possibility that a sex offender had taken up residence at the Winchester Apartment complex in Fairview Heights without reporting to police. According to the Illinois Sex Offender Registry, the suspect was reported to be living at an East St. Louis address. When a person is convicted of a sex offense and placed on the sex offender registry, they have three days to report any change of address to police where they plan to reside. In this case, the suspect never reported to the East St. Louis Police that he was moving to Fairview Heights and never reported to the Fairview Heights Police that he was living in our city.
After an extensive investigation was conducted, which included surveillance, the execution of search warrants, and collection of additional evidence, the suspect was taken into custody.
On Friday, January 31, 2020, the case was presented to the St. Clair County State Attorney, James Gomric’s office, for warrant application. After careful consideration, the following suspect was charged with Failure to Register as Sex Offender, Subsequent Offense, a Class 2 Criminal Felony:
Derrick Maxwell JR
33 years of age
200 block of Winchester Place
Fairview Heights, IL
His bond has been set at $35,000 and is currently being held at the St. Clair County Jail.
The Fairview Heights Police Department aggressively monitors Registered Sex Offenders to ensure that they are obeying the law and that the citizens of Fairview Heights are safe.
*All suspects are presumed innocent until proven guilty in a court of law. 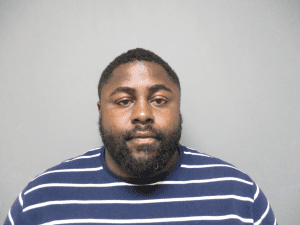