On Wednesday, December 7, 2022 at approximately 11:45 a.m., officers were dispatched to the area of St. Clair Avenue near Rt 157, Fairview Heights, to investigate a vehicular hijacking that had just occurred.

When officers arrived, the victim met police and reported a male, who was unknown to her, approached her on foot while she was getting ready to leave in her white SUV.  The male began to talk to the female victim through the passenger side window, asking for a ride.   She next observed the man run around the vehicle, open the door and pull the victim from the driver’s seat, forcing her to the ground.  He entered the vehicle and began to drive away.  However, as the victim was calling the police, the suspect stopped the SUV, exited, and entered another black SUV also owned by the victim.  He travelled westbound from the scene on St. Clair Avenue.  The victim sustained minor injuries from the incident.

At approximately 1:30 p.m., the Illinois State Police contacted the FHPD to report that the stolen SUV had been recovered as the result of being involved in a single-vehicle crash on I-255 north of Collinsville.  The suspect was also taken into custody at that location. 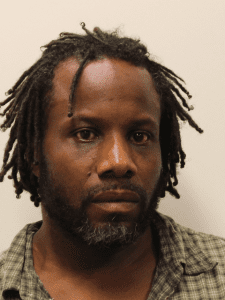 *The suspect in this case is presumed innocent until proven guilty in a court of law.