On Saturday, July 10, 2021, at approximately 2 p.m., officers responded to Old School Automotive, 10085 Lincoln Trail for a report of a man, who was seen burglarizing cars parked on the parking lot waiting for repairs.  Employees of the business provided a description of the male and watched as he took off from the scene on foot.  Officers were able to locate the suspect, 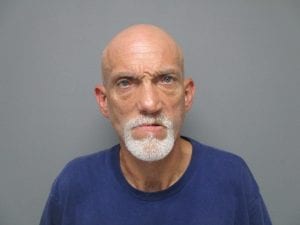 a short distance away.

Officers learned Rosenthal had arrived in a stolen SUV from Alton, IL and that he had entered three separate vehicles and removed items.

On Monday, July 12, 2021, the case was reviewed by the St. Clair County State Attorney, James Gomric’s office, who prepared the following charges of arrest:

He is currently being held at the St. Clair County Jail.