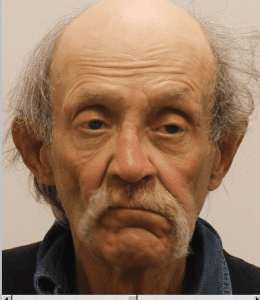 On Wednesday, December 16, 2020, at approximately 1 a.m., officers responded to the Metro Link station on St. Clair Avenue at the request of Metro Link security.  Security officers reported that they attempted to escort a man from the train for being intoxicated and smoking cannabis while he rode.

Officers contacted the man, who was later identified as Alan W. Shoemaker, 65 years of age, Swansea, IL, and escorted him from the train.  Officers also learned that Shoemaker was a convicted sex offender who had neglected to register with police properly.  He was placed under arrest and held at the Fairview Heights Police Department while detectives sought charges.

Later that day, Shoemaker was charged with failure to register as a sex offender (Class 2 felony), a subsequent violation, due to previous convictions for the same offense.  His bond is set at $100,000.

The Fairview Heights Police Department routinely checks all registered sex offenders residing in the city to ensure they are compliant with state registration laws.