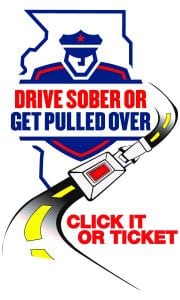 The Fairview Heights Police Department partnered with the Illinois Department of Transportation and law enforcement across the state for the 2020 holiday “Drive Sober or Get Pulled Over” campaign.  From Dec. 18 through Jan. 4, law enforcement showed zero tolerance for impaired driving.

The Fairview Heights Police Department ramped up its usual enforcement efforts during the holiday season, adding additional traffic enforcement officers during this campaign period. Extra emphasis was placed on late-night hours, when statistics show most unbuckled and impaired driving fatalities occur. During the enforcement efforts, officers made an additional 34 traffic contacts, resulting in 47 citations. One driver was arrested for Driving under the Influence and another for Failure to Register as a Sex Offender.

The Illinois “Drive Sober or Get Pulled Over” campaign is administered by the Illinois Department of Transportation with federal highway safety funds managed by the National Highway Traffic Safety Administration.