Armed Robbery Report Found to be a Hoax 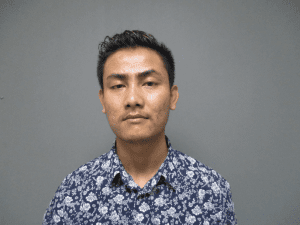 On Tuesday, February 23rd, 2021, at approximately 11:30 a.m., the Fairview Heights Police Department received a 9-1-1 call reporting an armed robbery, which had just occurred.  The location of the robbery was reported to be just outside of the food court entrance at the St. Clair Square Mall.  The caller described two suspects and said that they were armed with a firearm.

When officers arrived, they interviewed the victim, an employee of Sarku Japan restaurant in the food court.  He exclaimed that he had walked outside the mall with a bank bag to make a deposit when the supposed suspects approached him.  While investigating the report, officers found discrepancies in his account of what had happened.

Bhujel’s bond has been set at $20,000; he is currently being held at the St Clair County Jail.